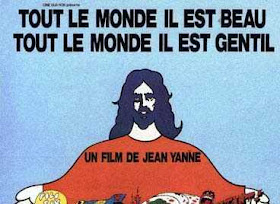 The Canadian Jewish News publishes an article today on the ERC course, of interest the number of Orthodox rabbis opposed to the course and the fact that the government allows Jewish schools some leeway which is precisely what Loyola High is asking for.

Thursday, 03 September 2009
MONTREAL — A new group called the Council on Jewish Education in Quebec (CJEQ) has declared that the province’s compulsory ethics and religious culture school course (ERC) is incompatible with Torah law, and that Jewish day schools should forgo government funding if modifications aren’t made to the curriculum.

The CJEQ placed a third-of-a-page advertisement on page 3 of Montreal’s Gazette Aug. 21, which according to the paper cost between $6,000 and $7,000, saying the course should allow teachers in Jewish schools to “pass a value judgment on the beliefs being studied.”

As an alternative, the CJEQ suggests that Jewish schools be permitted to teach only the Noahide Code, which, according to Jewish belief, are the seven laws of moral behaviour God gave to Noah to spread among all humanity.

The CJEQ insists that Jewish schools must limit religious teaching to Judaism and the Noahide Code.

The ERC, introduced for all elementary and high schools last year, is intended to acquaint students with the major religions of Quebec – Catholicism, Protestantism, Judaism and native spirituality – and survey other world beliefs, including secularism, while avoiding actually teaching any particular religion or passing judgment on their validity.

Rabbi Shalom Spira, the CJEQ’s volunteer executive director, told The CJN the position was arrived at after consultation with 200 rabbis in Quebec, as well as rabbis J. David Bleich and Norman Lamm of Yeshiva University, a leading institution of modern Orthodoxy in New York, of which Rabbi Spira is a graduate.

The position represents “a consensus of rabbinic opinion,” he said, backed as well by study of the historic rabbinic response.

While it’s not ideal, he said Jewish schools could teach about Christianity, for example, but students must not be left with the impression that it is equal to Judaism.

The Torah, he noted, requires Jews to respect every human being and that can be accomplished through the teaching of the Noahide Code.

The CJEQ draws the line at any teaching of atheism. “That is not kosher at all,” he said.

According to its six-page constitution, the CJEQ was formed as “an ad hoc organization… to serve the Quebec Jewish community by providing a halachically correct response to” the ERC “as a public education and service.”

The CJEQ is respectful in how it addresses the provincial government, referring to it as “righteous and honourable” and its intention of promoting understanding and tolerance as a noble pursuit.

“We 100 per cent applaud the government in its aims. It deserves praise,” Rabbi Spira said.

As for suggesting schools give up government funding if it comes down to a choice between violating the Torah and following secular law, Rabbi Spira said this has been put on the table because that is what Jewish sources prescribe.

“Jews are permitted by Torah law to earn their own livelihoods and thereby support their own schools [Talmud, Berakhot 35b],” the ad states. “Thus, Jewish schools are expected to follow [Torah law] irrespective of financial considerations.”

The point the CJEQ is trying to make, Rabbi Spira said, is that “we cannot forfeit our loyalty to Torah for financial reasons,” and although compliance with civil law is a cornerstone of Jewish teaching, a line has to be drawn. “If a government asked us to start a fire on Shabbat, we couldn’t do it,” he said

He acknowledged the point may be moot, because all schools in Quebec, whether they receive funding or not, are obliged to follow the province’s prescribed curriculum.

Rabbi Spira is spiritual leader of Congregation Kol Yehouda, a small Sephardi synagogue in Côte St. Luc (although he is Ashkenazi himself) and a research assistant at the McGill AIDS Centre based at the Jewish General Hospital. His position as the CJEQ’s executive director is voluntary, he said.

The CJEQ’s head is Rabbi David Cadoch, who, according to the CJEQ constitution, is a qualified rabbinic judge and has taught in the Jewish day school system.

The CJEQ was formed last December, but is not legally incorporated. It does not represent any schools or parents, Rabbi Spira said, nor has it made any direct contact with the government or education department to present its position.

Although he calls it a “grassroots organization,” Rabbi Spira was vague about who else makes up the council, other than the 100 members of the congregation he leads.

Rabbi Spira is not a parent, but Rabbi Cadoch does have children in school, he said.

The goal is to make that rabbinical opinion on this issue available to as many Jews as possible, and that’s why the group chose to purchase a prominent ad in a daily newspaper.

“We hope others will share our position and sign on. But we do not want to detract from those who do not share our opinion. There can be a healthy debate.”

Charley Levy, executive director of the Association of Jewish Day Schools (AJDS), said his group’s position on the ERC remains the same as it has been from the beginning, which is that it’s the law and schools must do their best to implement it.

The AJDS represents eight school corporations, all within the mainstream community. The most Orthodox is Hebrew Academy. All of them taught the course last year, he said.

“The course has two components: themes which are compulsory and examples which you can bring in yourself. The ministry has allowed some latitude and flexibility. The schools do the themes to the best of their ability, and if certain things are not possible, they bring in something else.”»

A dark day for the rights of parents and their children

Montreal. Tuesday, September 1, 2009. In a judgment rendered yesterday and expected by thousands of parents in Quebec, Judge Dubois of the Superior Court in Drummondville rejected the petition of a parent seeking an effective interpretation of the law which permits exemptions from the course on religious culture and ethics for children in primary and secondary schools The judgment is premised on an interpretation of the Catholic position on education to conclude that the course does not infringe on the fundamental rights of conscience and religion.

The Association of Catholic Parents in Quebec rejects the judgment as unacceptable, because it deprives citizens of all faiths the fundamental right of parents to guide their children in religious and moral development according to their own convictions, and it interferes with the freedom of religion and conscience of our youth.

The judge rejected an offer of proof of a recent statement from the Vatican which expresses and confirms the position of the church on teaching religions in schools. This document, published by the Congregation for Catholic Education, dated May 5, 2009, clearly says, “If religious education is limited to an exposition of comparative religion, supposedly neutral, it will be the source of confusion, or induce belief in relativism or indifferentism.” The document recalls that such instruction “violates the rights of parents when children are required to take a course of instruction which is contrary to the religious conviction of parents or imposes a form of education in which all religious instruction is excluded.”

On the other hand, if as the judgment claims, John Paul II recognized the importance of an objective knowledge of religions, he primarily affirmed the duty of public schools to make room for the presence of a true teaching of religion within its walls. As was said by the Congregation for Catholic Education: Public education “must guarantee to parents, precisely because it is open to all, not only that instruction will not endanger the religious faith of their children, but on the contrary, will complete their integral formation by providing them with an adequate religious instruction in their faith. This principle should be included in the concept of religious freedom and idea of a truly democratic state, respectful of its most profound and authentic nature, seeking to serve its citizens and respect their rights and religious convictions.”

Pope John Paul II has also taught that, “in conformity with international standards and the rights of mankind, it is absolutely necessary to assure parents the right to chose education of their children in conformity with their faith.” – Familiaris Consortio.

“There is no possible basis in the documents cited by the judge for him to claim that the compulsory study of other religions at a very young age is acceptable to the Vatican,” said Marie Bourque, spokeswoman for the Association of Catholic Parents in Quebec. She continued, “Traditionally, such instruction was given toward the end of secondary school when children already understand their own religion and have attained sufficient maturity to study world religions.”

The Association of Catholic Parents in Quebec hope that this cause will be taken up to the Quebec Court of Appeal.